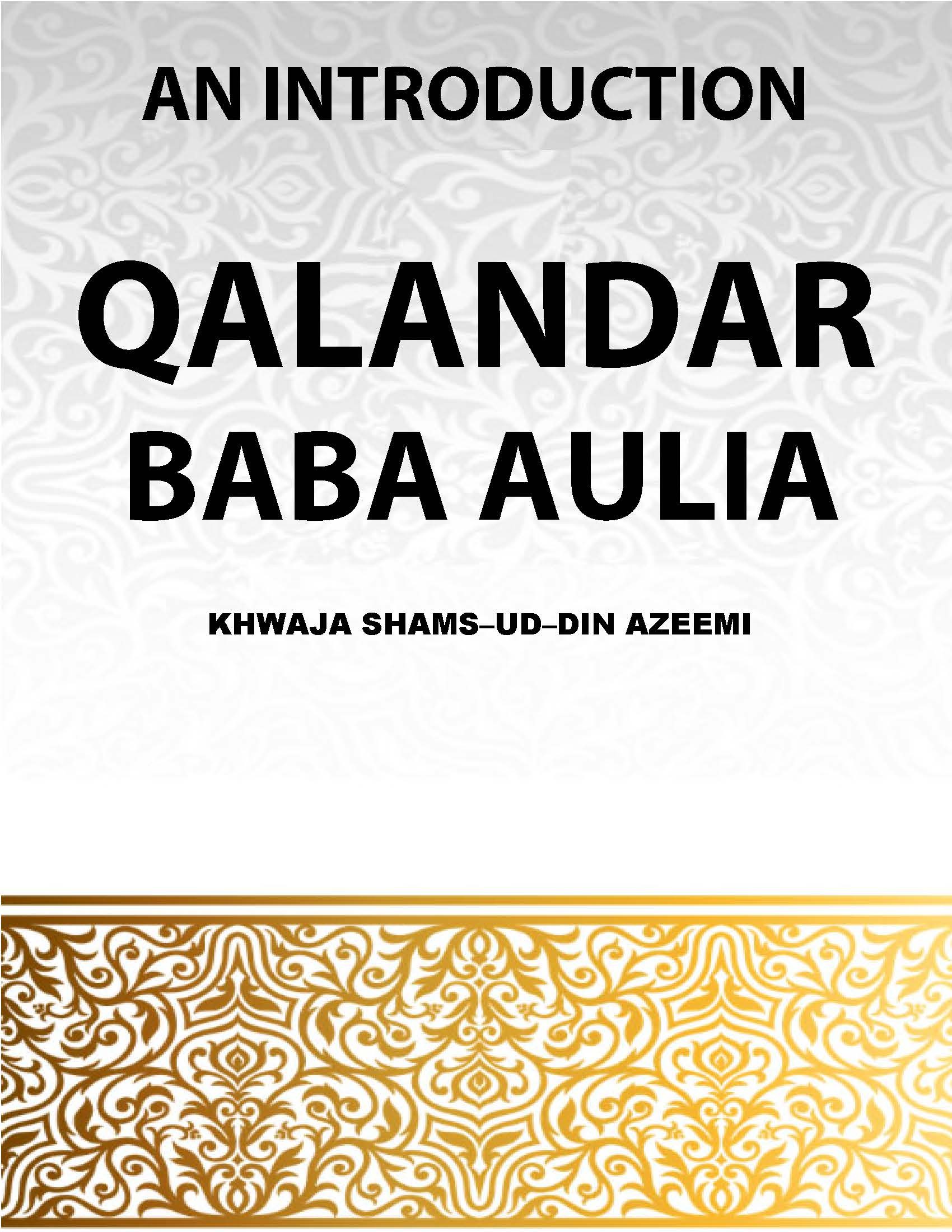 To that young generation that would 6ring an end to the dark shadows of grief and fear by acquainting mankind- with peace and tranquility after equipping itself with the teachings of Qalander Baba Auliya…. and man would- able to enter the heaven after reclaiming his eternal distinction.

A handwork of magic, this world of ours is

What to say, what this world of ours is?

Our creation is a clay toy,

And this entire world is a toy of clay

Just a word that became a story

A city turned into a wilderness

Time reflected in many forms, Azeem

I turned into dust, the dust into wine‑cup