God has invited man's attention towards the colours and their typical role in the creative process and their benefits for man and other creatures of the universe.

?God is the Light of the heavens and the earth. The Parable of His Light is as if there was a Niche and within it a Lamp: the Lamp enclosed in Glass: the glass as it were a brilliant star: Lit from a blessed Tree, an Olive, neither of the east nor of the west, whose oil is well-nigh luminous, though fire scarce touched it: Light upon Light/ Allah doth guide whom He will to His Light: Allah doth set forth Parables for men: and Allah doth know all things.    (Quran, S: 24, V: 35)

?And the things on this earth, which He has multiplied in varying colours (and qualities): verily in this is 1J sign for men who celebrate the praises of Allah (in gratitude). (Quran, S: 16,V: 13)

?Seest thou not that Allah sends down rain from the sky? With it We then bring out produce of various colours. And in the mountains are tracts white and red, of various shades of colour, and black intense in hue.

?And so amongst men and crawling creatures and cattle, are they of various colours. Those truly fear Allah, among His Servants, who have knowledge: for Allah is Exalted in Might, Oft-Forgiving. (S: 35, V: 28)

?Seest thou not that Allah sends down rain from the sky, and leads it through springs in the earth? Then He causes to grow, therewith, produce of various colours: then it withers; thou wilt see it grow yellow·, then He makes it dry up and crumble away. Truly, in this, 1s a Message of remembrance to men of understanding.    (Quran, S: 39, V: 21)

?And thy Lord taught the Bee to build its cells in hills, on trees, and in (men's) habitations,· then to eat of all the produce (of the earth), and find with skill the spacious paths of its Lord: there issues from within their bodies a drink of varying colours, wherein is healing for men: verily in this is a Sign for those who give thought.  (Quran, S: 16, V: 69)

Statement of the holy Quran indicates that fluid of varying colours comes out the bellies of the bees, which in the terms of modern biochemistry is termed enzymes. This 'essence' is beneficial in treating various diseases. Medical science also confirms the preservative, antiseptic and therapeutic value of honey.

Importance and significance of light and colours with regard to creation and creative process has been elucidated in the Old and New Testaments.

And God said, "Let there be light!" and there was Light. And God saw the light that it was good; and God divided the light from the darkness.

He· made the stars also, and God set them in the firmament of the heaven to give light upon the earth.

And the house of Israel called the name thereof Manna and it was like coriander seed, white; and the taste of it was like the wafers made with honey.

Conversation between God and Moses has been reported in detail in the Old Testament. The pa1i of that conversation where God commands Israel · to offer sacrifice, the importance of colours is also high lighted.

And the Lord spoke unto Moses, saying, Speak unto the children of Israel that they bring Me an offering: of every man that gives it willingly with his heart ye shall take My offering. And this is the offering, which ye shall take of them; gold, and silver and brass and blue and purple and scarlet and fine linen and goats hair and rams' skins dyed red and badgers' skins and shittim wood, oil for the light, spices for anointing oil and for sweet incense, onyx stones and stones to be in the ephod and in the breastplate. (Exodus, Ch. I 6, V: 31)

Light and colours are also mentioned in the Book of Psalms, where basically it symbolizes guidance and inner virtues.

for Thee is the fountain of life; in Thy light shall we see light.

And He shall bring forth thy righteousness as the light and thy judgment as the noonday.

The voice of Thy thunder was in the heaven; the lightening lightened the world.

To run the affairs of the universe, Ahura Mazda created two forces of Light Spenta-Mainyeu, and Darkness; Anghre-Mainyeu.

The. force of Light Spenta-Mainyeu obeys the laws of Ahura Mazda whereas Anghre-Mainyeu does not follow them.

Many are the verses in Vedas and Bhagvat Gita about the light and colours.

I am the Inner Light.

I am the Outer Light.

I am the all-pervading Light.

I am above all; I am the Light of the lights.

I am self-luminous; I am the light of my own self,

I myself am Siva, the self of the self.

There is neither East nor West here.

The sun never shines nor sets there.

There is neither day nor night here,

It is the light of lights, sublime of ineffable.

Here there is no intoxication of caste, creed or colour.

According to the teachings of Vedas and Hindoism, three agencies are operative m the Universe.

Sattwa, in fact, is the virtuousness, peace and light. Colour of this agency is white.

Tamas is darkness and inertia. Colour of this agency is black.

Research of the great spiritual scientist Qalander Baba Auliya is that there are three types of Soul operating in the formation of the creatures and each soul is dihedral.

I. The Great Soul

2.The Human Soul and

Colour of the first side of the Great Soul is violet and the second one is the Blue.

Colour of the first side of the Human Soul is white and the second one is the green.

Colour of the first side of the Animal Soul is red and the second one is the yellow. 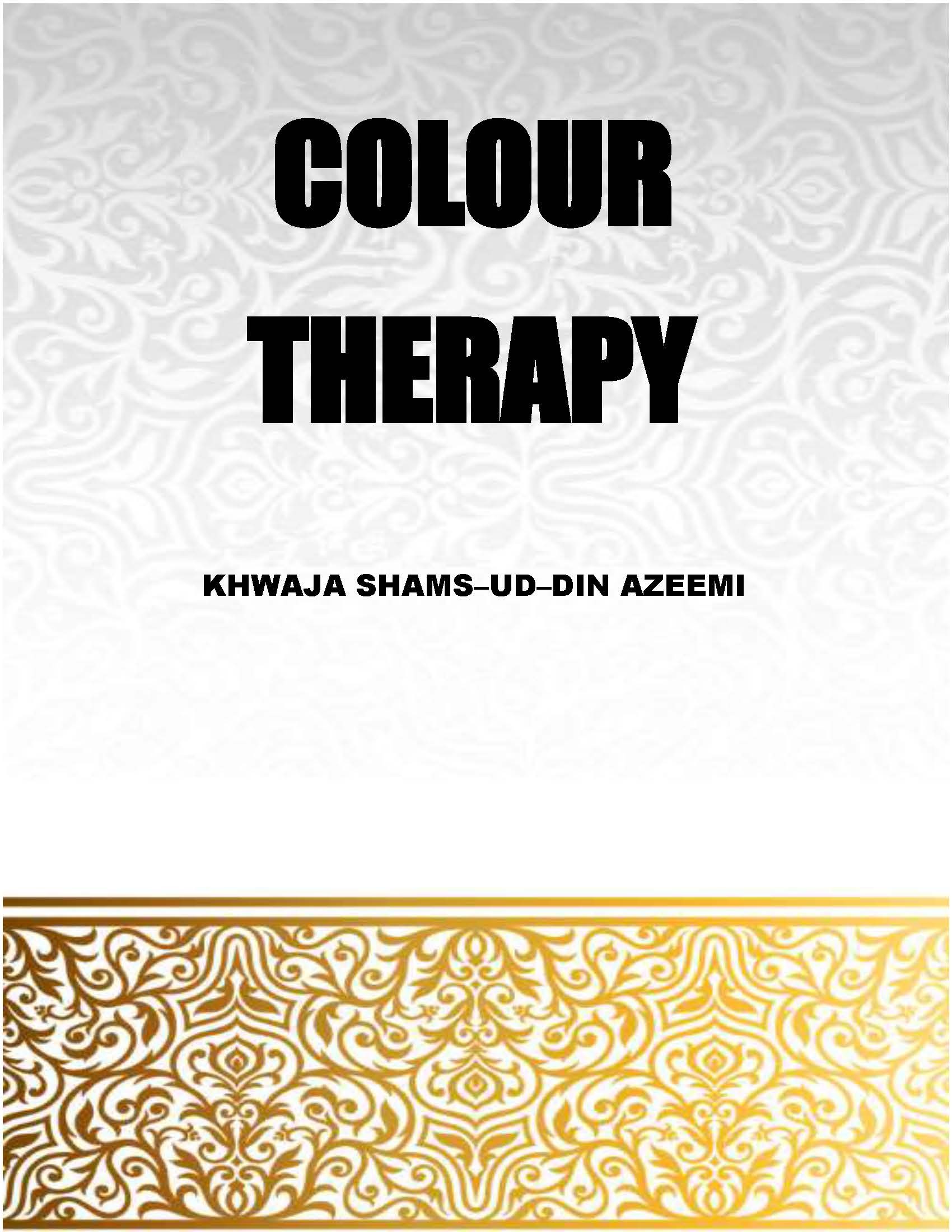