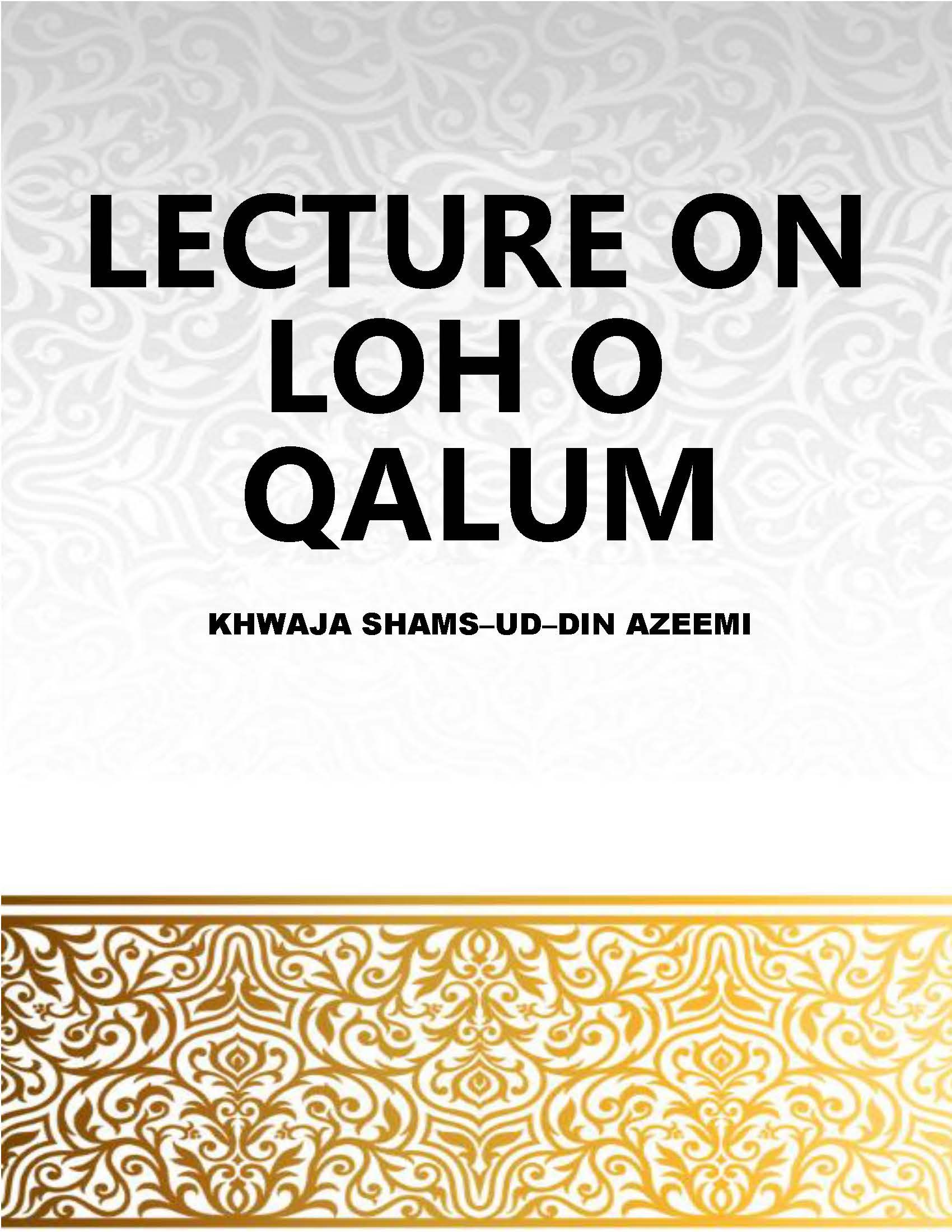 The book Loh-o-Qalum (The Pen and The Scripturum) was written by His Divine Grace, Qalander Baba Auliya at the behest of the Holy Prophet; the Prophet of Islam, (Peace and Blessings of God be upon him). This auspicious command was given to him by the Holy Prophet directly, in a manner, which is known as the Owaisian Manner.

Possessor of the Insinuated Knowledge, Knower of the Secrets of the Command, “Be!” Proclaimer of the Reality, the Kind Preceptor, His Divine Grace, Hassan Ukhra Mohammad Azeem Burkhiya Qalander Baba Auliya (May the blessings of God be upon him), whose saying is the saying of God though uttered through the human mouth, narrated the contents, which were inscribed on the screen of my mind, by his strong Spiritual Influence, word by word ……. And, thus, this inspired writing, stated by Qalander Baba Auliya and penned down by me took the form of Loh-o-Qalum (The Pen and the Scripturum).

This knowledge of the Spiritual Science is the heritage of mankind and jinns. I, hereby, deliver this trust onto the present and the future generations of man and the jinns.